The word “patent” comes from Latin Litterae Patentes which means “open letters.”
It is believed that the first patent was issued in 1421 in Florence. However, the history of patent law began in the Republic of Venice in 1474. It was then issued a decree instructing to report to the authorities the inventions put into practice, in order to prevent their use by third parties. The patent was issued by the Doge on the recommendation of the Council. In 1594, Galileo received a patent for "a means for pumping water."

The history of patents in Russia

Up to 1812 in Russia were given no patents, but "privileges." A privilege, first mentioned in the sources, was given to Polotsk townsmen people to free trade "with all sorts of goods" in the town of Polotsk in 1654.

In total, until 1812 were issued 76 privileges "for fisheries, trade and invention in crafts and arts." On June 17, 1812 a manifesto "On privileges for different inventions and discoveries in the arts and crafts" was signed, which is considered to be the first patent law in Russia.

History of the Soviet patent law began in 1919, when V.I. Lenin signed a Resolution of the Council of People’s Commissariat “On Inventions.” The patent was renamed to the "author's certificate" and the inventor has been deprived of ownership of the invention, which was declared the property of the state. The author was eligible to compensation in case of application of the invention, creating savings of 2% of the annual economic effect.

From 1924 to 1931 patents with proof of ownership of the inventor to the invention have been re-legalized, but they were given in small quantities and only to foreigners. "Author's certificate" until recently remained the only means of protecting inventions in the USSR.

Adopted in 1990, the "Law of invention in the USSR" canceled author's certificate and made patent the only document of title; however, due to the collapse of the Soviet Union it was in force for only a year.

A patent for invention is valid for 20 years from the date of receipt of the application in the Patent Office. Patent certifies priority, authorship and exclusive right to use the invention. 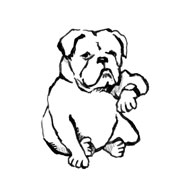 This device, as well as a special watch allows you to measure the age of any pet, correlated with an average life span of people. For example, a one-year life of the dog - it's about 7 years of life of its owner. This device allows you to accurately determine the age of the pet (years and days) in terms of human life. Because of this invention to determine the retirement age of four-legged friend is not difficult! 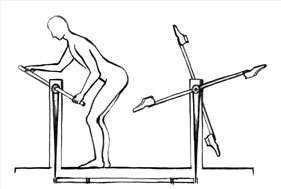 Do you want to entertain yourself with kicks? This device will provide you with the opportunity, the frequency of "self-kicking" can be adjusted - it depends on how fast you turn the manual transmission. It should be noted that the shoes to perform kicks in accordance with the following claims are made of a flexible material. The aim of the invention is entertainment. 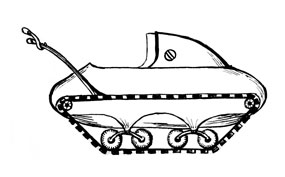 First SUV for children, allowing overcoming any obstacles. Equipped with a hand brake. Bad roads are not an obstacle for child adventures!

A “device“ is mounted with a needle through which either sleeping pills or poison must come into a terrorist’s loins by a pilot’s command. Inventor pictured the situation as follows: when a terrorist begins to make his claims to pilots or flight attendants, he is politely asked to sit down in a chair, and then he is neutralized. The inventor did not consider the scenario in which a terrorist could refuse such a tempting offer - to sit in the chair. One can only guess the location of the activating device button ... 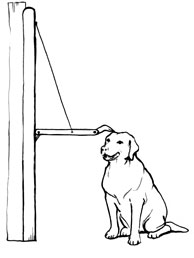 Ted VanCleave, author of the book, described the device as follows: a pet approaches the mechanical arm, which begins to scratch it. The trick is that the angle of hand and movement direction is adapted to the growth of the animal, and a complicated system of springs is responsible for pleasant and painless sensations. How would the animal understand which side is correct to approach? Why this device is better than a table leg? The author leaves these questions without answer.

It is on the forehead sports fans can "burn" the name of their favorite team. This requires only a stencil! Instructions for use are simple: expand the cap with Skin Stencil visor back, fry in the sun and enjoy the spectacular red inscription on the forehead.